With the introduction of the 1930 Road Traffic Act the Country was split into 13 Traffic Areas.

Each was given a distinguishing letter, as shown in the list below.

The location of the issuing office is also shown.

PSV Badges when originally issued, were of an oval enamel design, on a leather hanging strap, and had the same distinguishing letter with the number underneath.

An example of an early Drivers Badge from the Northern Traffic Area is shown below. 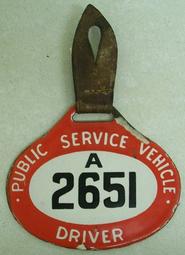 These hanging badges were replaced on 1st January 1935 by the more familiar round badge.

The reason for this change was believed to be because when Drivers were swinging the starting handle on the old type buses, the badge flew up in to their face and caused injury. How true this is I do not know, but it sounds reasonable.

They were originally made of a material called 'Traffolyte', and then later in Formica, and much later in Plastic.

The font style differed over the years as did the shade/colour of the edge, as different manufacturers were used.

The badge numbering started at 1001

An early badge, again from the Northern Traffic Area, is shown below. This would be the 2088th badge issued in c1935/6. 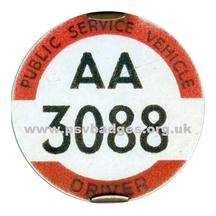 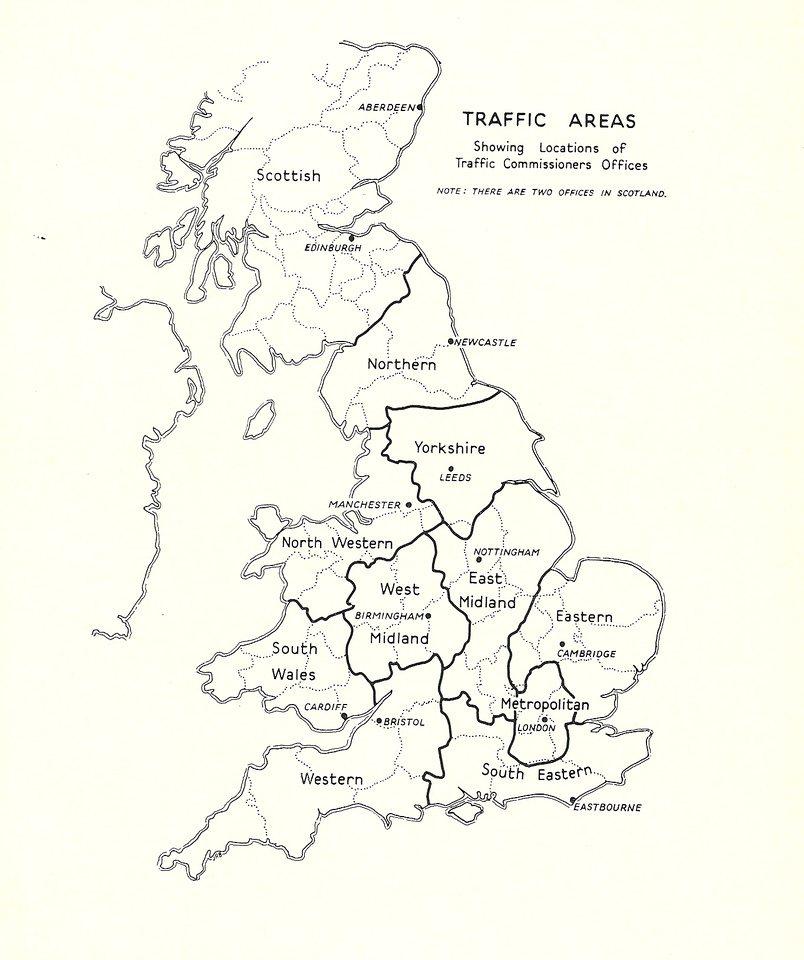 Below are the addresses and Counties covered by the 12 different Traffic Area Offices.

The 2 digit badge code is shown after the name of the office.

Further down it shows 'xx Drivers Badge' or 'xx Conductors Badge', if you click on that, it will take you to the badge page for that area, and Driver or Conductor.

Please report any broken links through the Contact Me page.

COUNTIES COVERED
Cornwall, Devon, Gloucestershire, Somerset, Wiltshire and Dorsetshire (except the part included in the South-Eastern Traffic Area), and a small part of West Hampshire.

THIS TRAFFIC AREA WAS SHORT LIVED AND WAS CLOSED ON 31st DECEMBER 1933.

'J' DRIVERS BADGES
'J' CONDUCTORS BADGES - THERE ARE NO PICTURES OF 'J' BADGES AS YET.

COUNTIES COVERED
The administration Counties of Oxford, Berkshire, Wiltshire, Dorset, Southampton, and the Isle of Wight.
So much of the administrative county of Bucks as comprises the borough of Chepping Wycombe, and the urban districts of Beaconsfield, Marlow, and Slough, and the rural districts of Eton, Wycombe and Hambledon.
The County boroughs of Oxford, Reading, Bournemouth, Portsmouth, and Southampton.
THE AREA BEING MERGED INTO THE SURROUNDING AREAS.

THIS OFFICE WAS CLOSED AT THE END OF MARCH 1984 AND THE WORK TRANSFERRED TO THE EDINBURGH OFFICE.

UNUSED 'LL' DRIVERS BADGES WERE SUPPLIED TO OTHER OFFICES TO BE ISSUED WHEN BADGES BECAME SHORT TOWARDS THE END OF BADGE ISSUE IN 1991.

KNOWN OFFICES TO ISSUE 'LL' BADGES WERE BIRMINGHAM, AND LONDON. 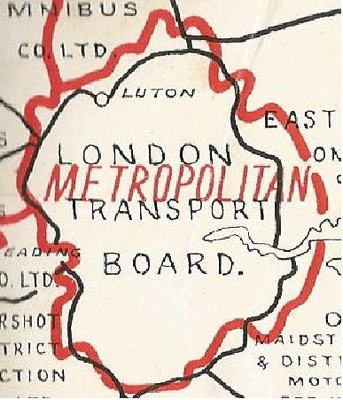 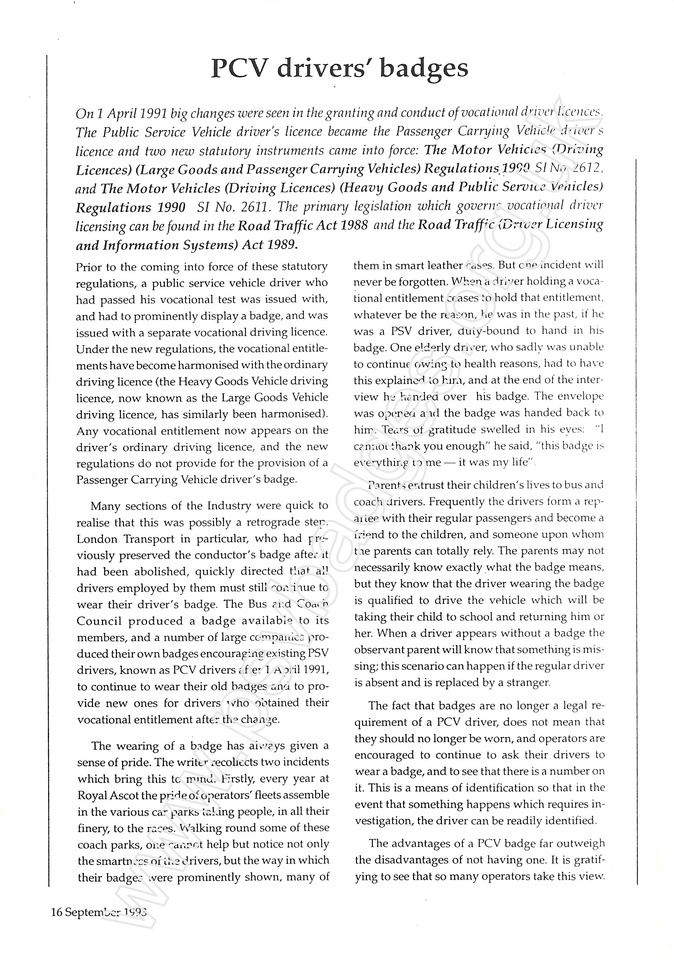 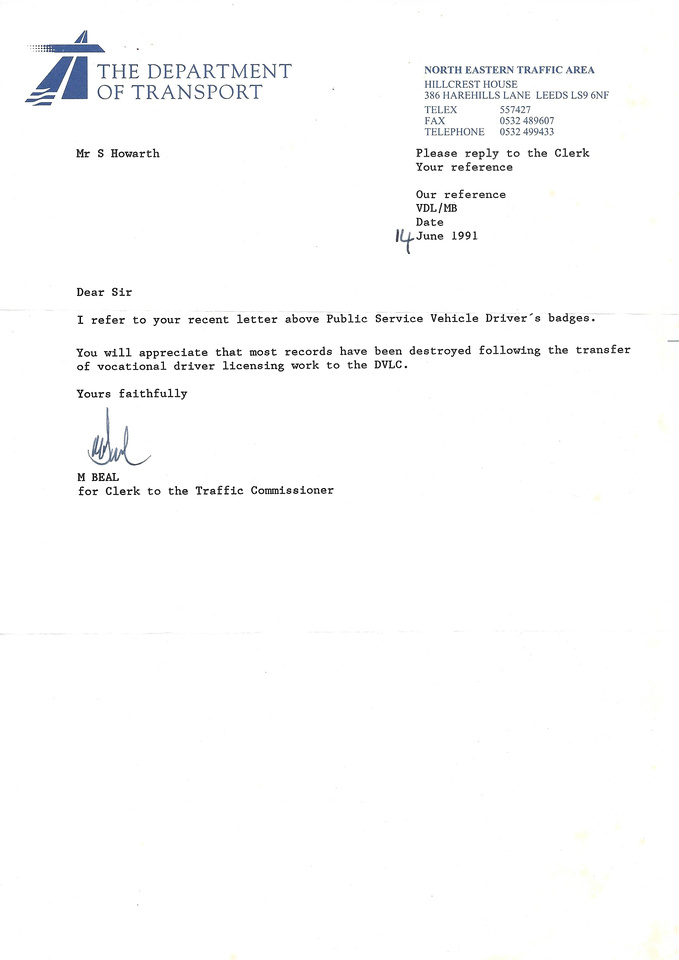 The issuing of PSV Badges was discontinued on the following dates:-